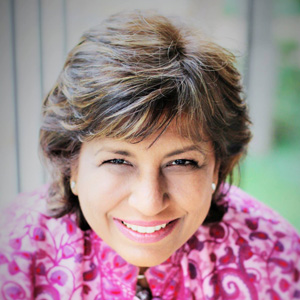 Divya “Dee” Leekha was born in India and lived near the banks of the river Ganges as a child. She witnessed many diverse and extreme conditions of human existence in India in the 1960’s when India was still an under-developed country and poverty was a far greater problem than it is even now. When she was nine years old, her family immigrated to the United States, where she discovered a new set of social values. She went to India for her college education in 1979, and returned to the USA in 1983.

The combination of eastern and western values has given Dee insights and awareness into business which are expressed in her books. As she journeyed in life, she learned hard lessons about money, relationships, responsibility, success, and failure. She started educating herself in her 20’s and 30’s by studying with business mentors, well-known coaches, and by reading hundreds of books on business, spirituality, personal growth, and self-awareness.

As a business owner for over 30 years, Divya was an insurance agency owner for almost 20 years by the time she was in her early 40’s and had won over 80 sales and service awards in that field. She became the Founding President/Board Chair of the Westlake Chamber of Commerce, West Lake Hills, Texas, and was instrumental in establishing the Chamber in 1995. She served as a Board Member of the Central Texas Chapter of the American Red Cross from 1996 to 2002 and served as the Vice-Chair of the Board from 1999 to 2002. She was on the Board of Directors for the non-profit, Council on at-risk Youth (CARY), starting in 2001 and stayed involved in that organization for 15 years. She has owned and operated small businesses involved in insurance, retail, wholesale, commercial real estate, ranches, events, manufacturing, consulting, and design services. She is the Co-Founder/Partner of Circular Productions, LLC and HouckDesign. She teaches workshops, is available for public speaking, and will continue to write additional books on Business Consciousness®.